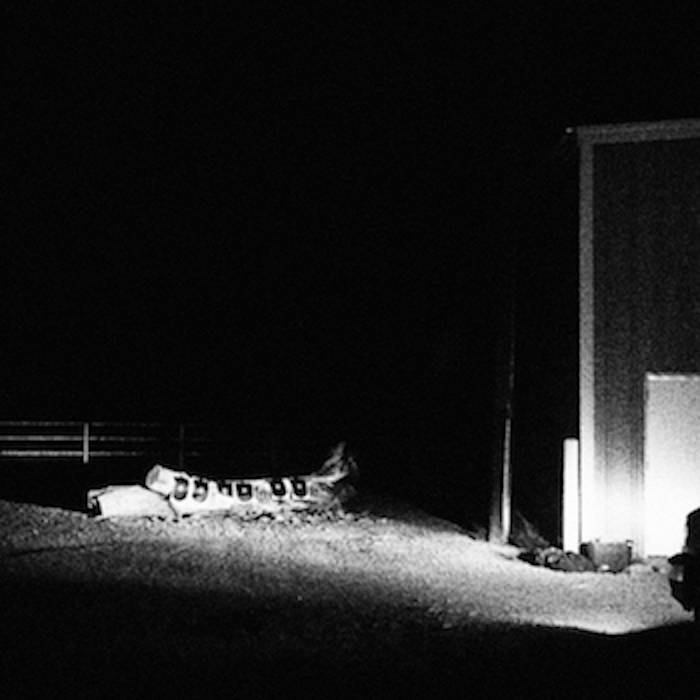 Mike Swag As usual, droning power pop that isn't afraid to get harsh.

brantly A great amalgamation of this band's entire career with a cornered snarl to the whole LP. KBD punk rock to Sub Pop indie rock to screamy power pop, this LP is a cathartic purge of emotional bite and distress. Another great Cloud Nothings LP!

“I wrote this because I feel like there aren’t too many rock bands doing this right now,” says frontman Dylan Baldi. “A lot of the popular bands with guitars are light. They sound good, but it’s missing the heaviness I like.”

Right now, indie rock is centered around controlled solos instead of unpredictability, tight chords instead of jagged riffs, clean tones instead of rough edges. That much is evident by the comparisons thrown at Cloud Nothings, all touchstones from the past: the Wipers, Drive Like Jehu, Sunny Day Real Estate, Nirvana. The Cleveland four-piece want to keep doing this, to be a band that continues the evolution of barbed, rapid-fire, energetic rock without ever trying to replicate those artists, if it means this current era can have benchmark artists of their own. With "Last Building Burning," their fifth full-length studio album, Cloud Nothings become the torchbearers they want to see in the world.

"Last Building Burning" is the product of eight days with producer Randall Dunn (Sunn O))), Wolves in the Throne Room, Boris) in Texas studio Sonic Ranch. Clocking in just over half an hour, the eight-song album sees Cloud Nothings capture their onstage appeal with help from Dunn, who Baldi describes as “technically minded without relying on technology to perfect the live sound.”

“I’m obsessed with the idea of energy at the moment,” says Baldi. “That’s how I thought of this record: seven short, and one long, bursts of intense, controlled chaos. I wanted to make that come across in a way that can actually be felt. There are certain albums I’ve heard where you can feel the energy of the record, even if it’s not particularly crazy-ass music, because there are sounds you can latch on to. It makes me energized. I like that music can do that, and I wanted to figure out how our songs could be arranged to make that happen.”

After touring behind last year’s "Life Without Sound," the first pop-leaning record Cloud Nothings recorded as a unit, drummer Jayson Gerycz, bassist TJ Duke, guitarist Chris Brown, and Baldi found themselves feeling stilted by an elongated recording process and hyper-polished sound. So the band used the songwriting process of albums like 2012’s Attack on Memory and 2014’s "Here and Nowhere Else," which emphasizes dynamics, energy levels, and tempo. “We spent a lot of time talking with one another to nail that down,” says Baldi, “whether it’s getting quiet for two bars or filling the next bar with constant noise.” Given the fact that Baldi, Gerycz, and Brown live in a house together, with Duke mere minutes down the street, that near-flawless cohesion comes from jamming free of the restrictive structure of rented studio time. The fact that they can (and do) practice whenever they want to explains how "Last Building Burning" captures their insatiable hunger for live energy.

"Last Building Burning" plays like the meeting point of Cloud Nothings’ catalog. “On An Edge” continues the band’s tradition of bold opening tracks. A psychotic onslaught of guitars of drum fills, the song explodes when you least expect, earning the title of “the craziest song we’ve ever done” from Baldi. During “In Shame,” Brown splices guitar pans like a jouster who swapped their lance for a sword. Gerycz became a perfectionist for the subtly difficult drumming in “The Echo Of The World.” On slow burner “So Right So Clean,” Baldi adopts a stentorian way of singing. Even the feedback-filled drone of 10-minute number “Dissolution” maintains their trademark focus.

In that, "Last Building Burning" is a return to Cloud Nothing’s sharpest form — the unhinged, feverish, guitar-heavy sound that they explode with onstage — without their early angst. “It’s not an angry record,” says Baldi. “It’s a very joyous thing for me. And it feels so nice to scream again, especially when you know people in the crowd will be screaming along back at you.”

Cloud Nothings was founded in a Cleveland basement, the one-man recording project of Dylan Baldi. Prolific from the start, Baldi’s early work was rough but immediate: crudely recorded, spring-loaded spasms of Buzzcocks-informed pop that quickly found an online following among the lo-fi-inclined. ... more

Bandcamp Daily  your guide to the world of Bandcamp